In the first years of World War II the Wehrmacht had conducted several major airborne operations, most prominently in Rotterdam, at Eben Emael and on Crete. However, in the second half of the war these operations were limited to commandostyle raids involving not more than a handful of companies, for example, at the Gran Sasso or at Drvar. Another operation was the airborne landing of 7. Kompanie/Kampfgeschwader 200 (KG 200), in the heart of the Vercors plateau at Vassieux-en- Vercors against the French Resistance. During the previous days Geschwader Bongart had bombarded and destroyed parts of Vassieux. In the summer of 1944 this wing was exclusively deployed in anti-partisan operations in France and also provided close air support for the glider landing at Vassieux with Re 2002s, Italian fighter-bombers. At around 0930hrs the first wave with seven DFS 230 gliders from Luftlandegeschwader 1 landed next to the hamlets of Les Jossauds, La Mure and Le Château, about a kilometre north of the village. The artwork depicts the second wave, which touched ground on the fringes of Vassieux at 1000hrs under Oberleutnant Friedrich Schäfer, the overall commander of this airborne operation. Between 12 and 15 DFS 230 gliders land with this wave. Smoke grenades are dropped, the nine-man crews jump out of the hull of each glider and the pilots provide fire support with their MG15s. The German Fallschirmjäger storm into the village where, after overcoming the initial shock, the French Maquisards of 11e Régiment de Cuirassiers offer stubborn resistance from the houses. But the Germans prevail and mop up Vassieux within an hour. Soon after, however, they find themselves exposed to fierce French counter-attacks; besieged in the village over the following days the Fallschirmjäger are eventually relieved on 25 July 1944 by friendly forces coming from the south of the plateau. With the airborne forces, members of the Sicherheitspolizei und Sicherheitsdienst (Security Police and Security Service) from Lyon take part in this operation, probably accompanied by some French collaborators. Amongst the police forces is their commander, SS-Obersturmbannführer Dr Werner Knab, who was previously involved in mass crimes in the Ukraine. Some sources suggest that Knab had a reputation for being a rather weak and cowardly person and for wanting to take part in this risky airborne operation only to prove he and his security policemen could act like soldiers. Knab certainly directed some of the atrocities the Germans committed against civilians right after the landing. 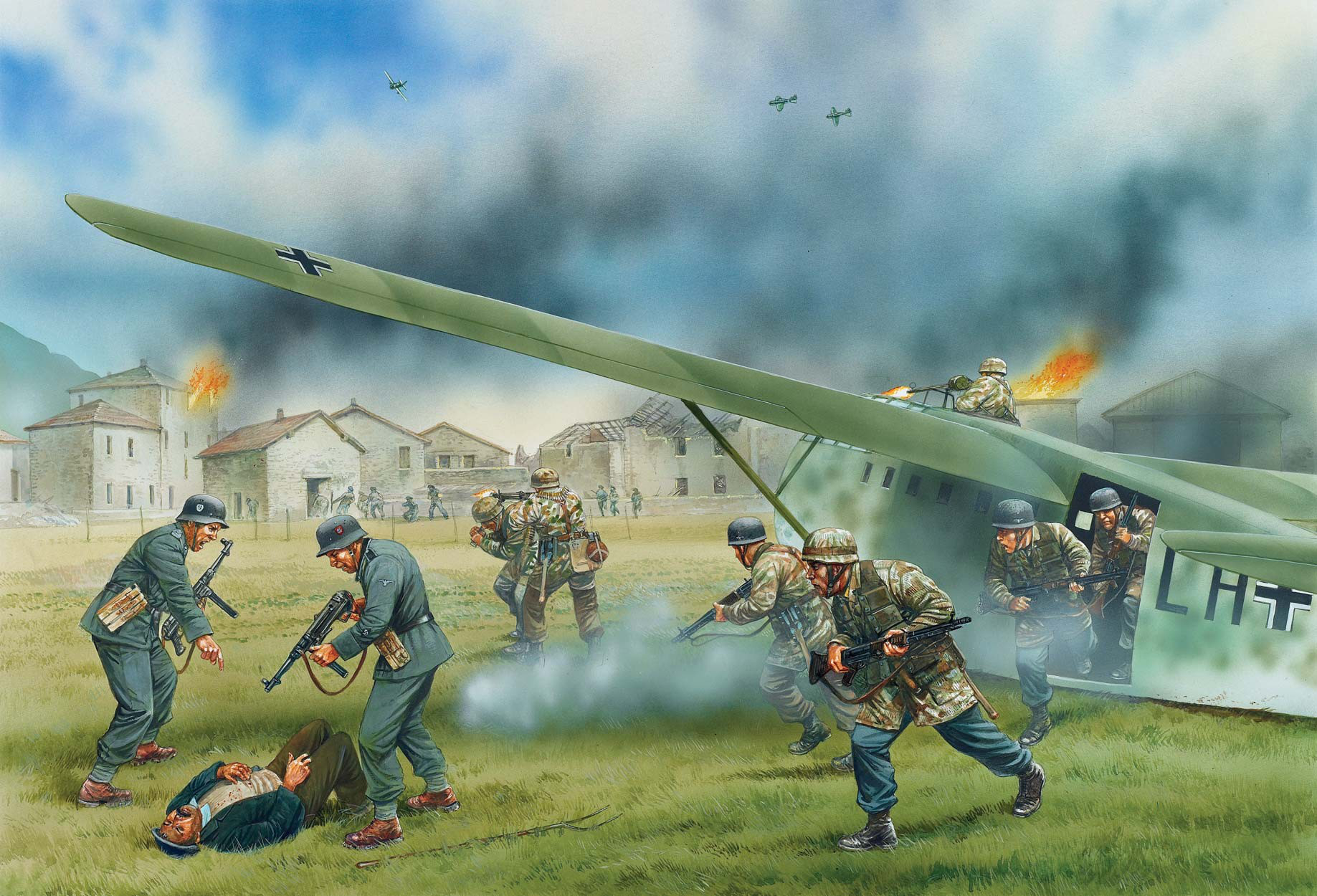