Deep in the winter of 1942, a Soviet infantry squad engage German troops in the twisted ruins of Stalingrad. Here we see the broad spectrum of Red Army small-arms firepower. The soldier on the left has the standard 7.62×54mmR Mosin-Nagant 91/30 rifle, a bolt-action rifle feeding from a five-round non-detachable magazine. A soldier thus armed would be lucky to deliver 15 aimed shots a minute, but his comrade to the right, equipped with the DP machine gun, could deliver a practical rate of fire of 150rds/min (the DP’s cyclical rate was c. 550rds/min). The DP, recognizable by its 47-round pan magazine, was the primary squad support weapon, firing the same cartridge as the Mosin-Nagant. For short-range firepower, however, the two PPSh-41s seen here would be unrivalled. Together these two men could put dozens of rounds on target every few seconds; both use the 71-round drum magazine (the man on the right is in the process of reloading), for maximum ammunition capacity. In theatres such as Stalingrad, the PPSh-41 often gave Soviet infantry a crucial firepower advantage over German squads. 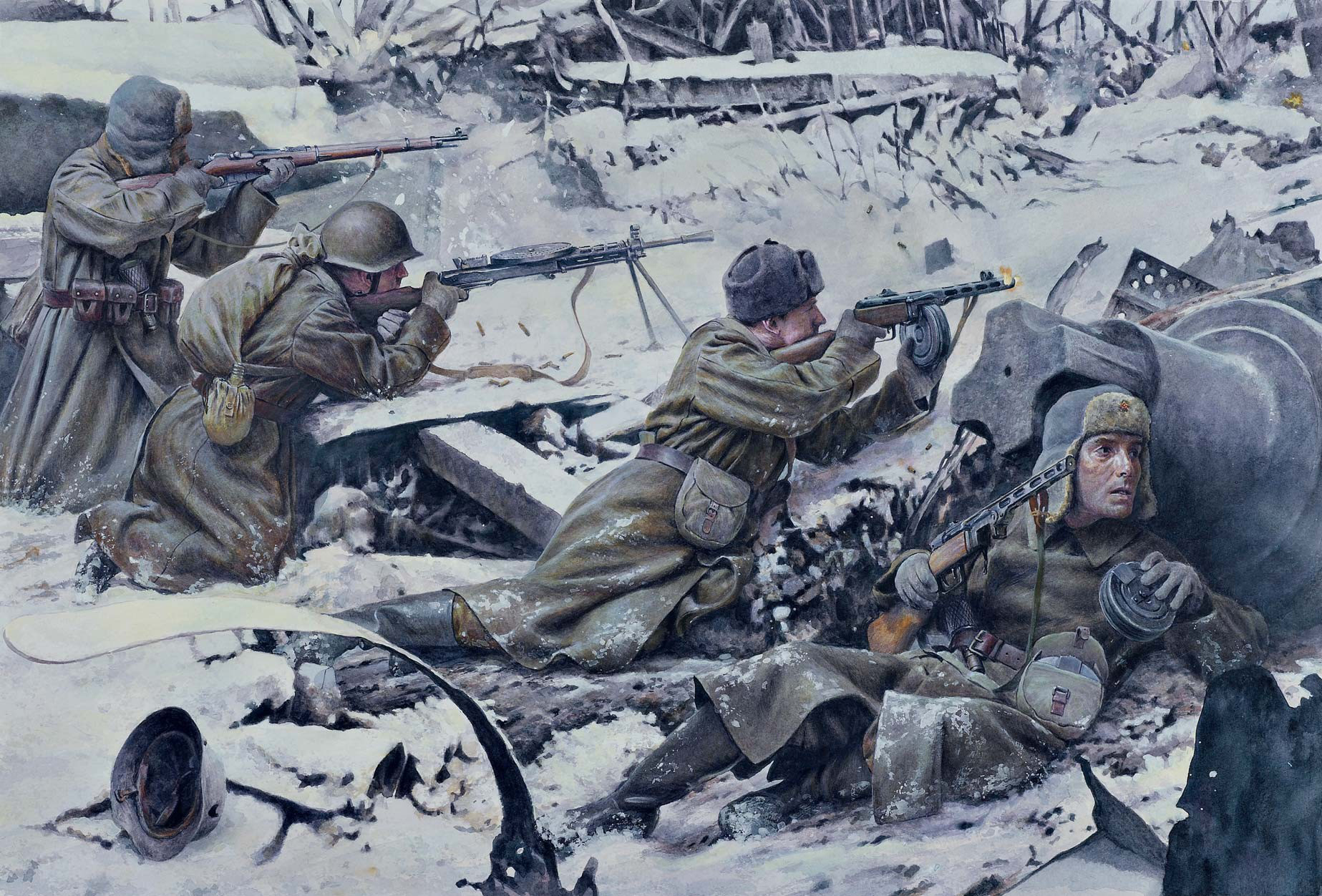