Sniping with the Gew 43


Солдаты войск СС на боевой позиции на Восточном фронте, лето 1944 года
A German sniper on the Eastern Front in the summer of 1944 takes aim through a Zielfernrohr 4 (Zf 4) telescopic sight mounted atop a Gew 43 semi-auto sniper rifle. A spotter colleague behind him looks out for targets, scanning the terrain in front with a pair of binoculars. The spotter ensured that the sniper team covered a broad field of view, and he was responsible for selecting and guiding the sniper to targets. With the Zf 4 optical sight – which gave a 4× magnification – the Gew 43 was a decent sniper rifle up to 600m range. Beyond that range was more the province of bolt-action rifles such as Gew 98, as the bolt-action mechanism was a less disruptive platform for the sights than the Gew 43’s gas-operated system. What the Gew 43 offered, however, was more rapid aimed fire, which made it ideal for taking out multiple targets from a Soviet assault – typically the NCOs and officers. This sniper has rested the forend of the gun on the parapet of his two-man trench, providing a very stable platform for his shots. 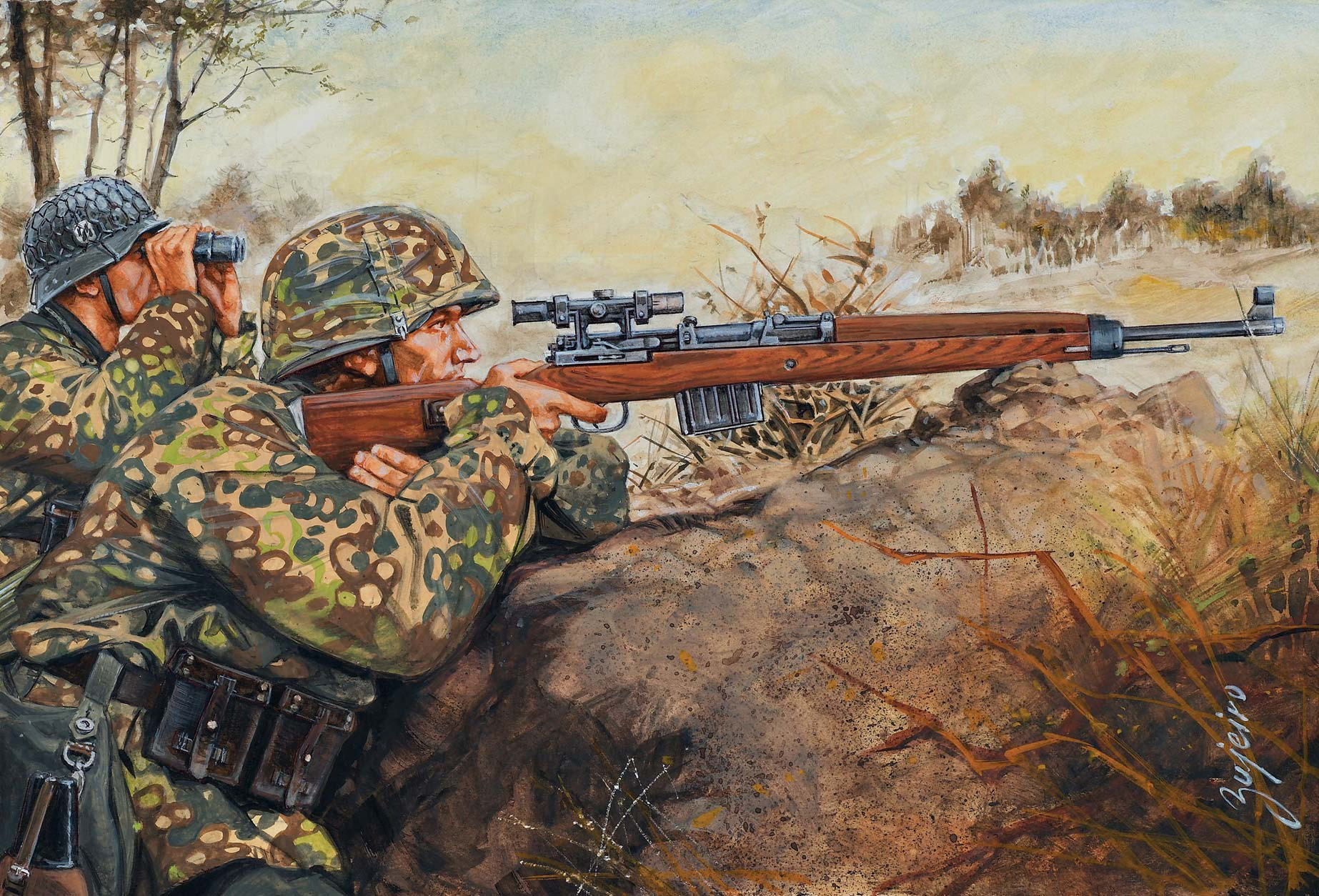