RUSSIAN PARATROOPERS ATTACK DOBROSLI AIRSTRIP VERSUS KAMPFGRUPPE SIMON, 19 MARCH 1942
In early March 1942, the Soviet North-western Front decided to
make a bold attempt to collapse the Demyansk pocket from
within by infiltrating three elite airborne brigades into the
poorly guarded north-west side of the pocket, then to attack the
two airfields near Demyansk upon which II AK depended for
survival. Colonel-Lieutenant Nikolay E. Tarasov’s 1st Airborne
Brigade infiltrated through German lines on the evening of 6
March, followed by 204th Airborne Brigade. The Soviet
paratroopers carried only light weapons and moved on skis to
an assembly area north of Demyansk.
However, the Germans had detected the Soviet infiltration and II
AK ordered Kampfgruppe Simon, led by SS-Oberführer Max
Simon, to send several companies of his ‘Totenkopf’ troopers to
protect the two airstrips at Globovshchina and Dobrosli. The
Soviet paratroopers were not ready to mount a coordinated
assault on the airstrips until the evening of 19 March. This scene
depicts the attack on Dobrosli, when over 3,000 Soviet
paratroopers from 1st Airborne Brigade and part of 204th
Airborne Brigade emerged from the wood line north of the
airstrip and attacked the Waffen-SS positions protecting the
airstrip (no aircraft were on the flight line at night, but there
were large stockpiles of supplies). If the airstrips could be
captured, the Luftwaffe airlift would have to be halted and the
Soviets expected German morale inside the pocket to collapse.
Although the SS troopers were outnumbered about 8:1 at
Dobrosli, they had the advantage of prepared positions and fire
support. German machine-gunners cut swaths through the lead
wave of attacking paratroopers, while 82mm mortars fired high
explosive and illumination rounds to assist the defenders.
Nevertheless, Tarasov’s paratroopers kept on coming and at
least one company reached the German positions and engaged
the ‘Totenkopf’ troopers in hand-to-hand fighting. After
desperate close-quarter fighting, the Soviet paratroopers fell
back into the woods, having left over 600 dead behind. The raid
was a costly failure and over the next week, Kampfgruppe
Simon harried the retreating paratroopers to near annihilation. 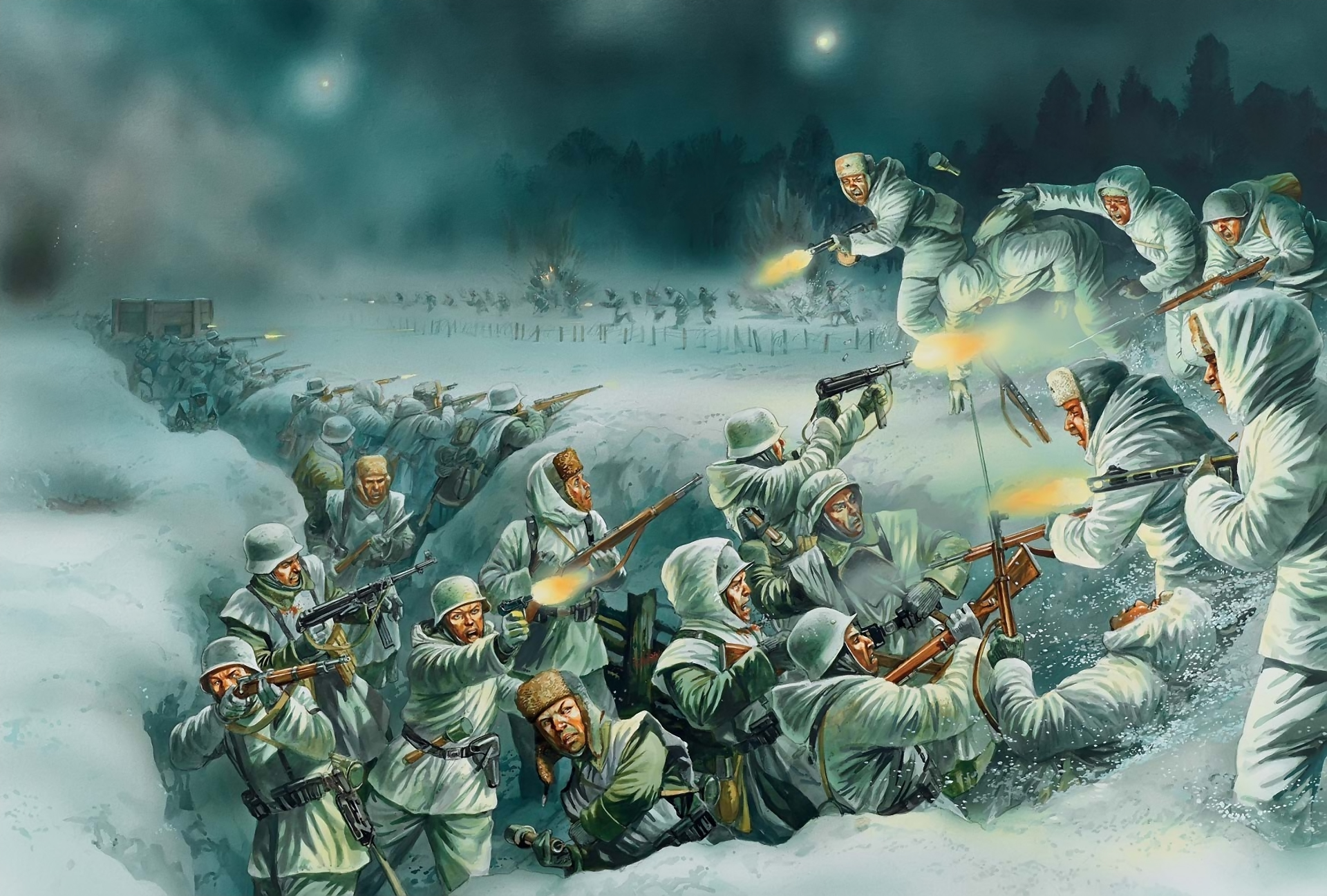